Have you seen the National Park Service stamps?!  They are GORGEOUS!  As part of the year-long celebration of the National Park Centennial (1916 – 2016), the United States Postal Service issued a sheet of 16 “Forever” stamps in June of 2016 that depicts views of National Parks or plants, animals, artwork, objects, and structures found in or associated with a National Park. 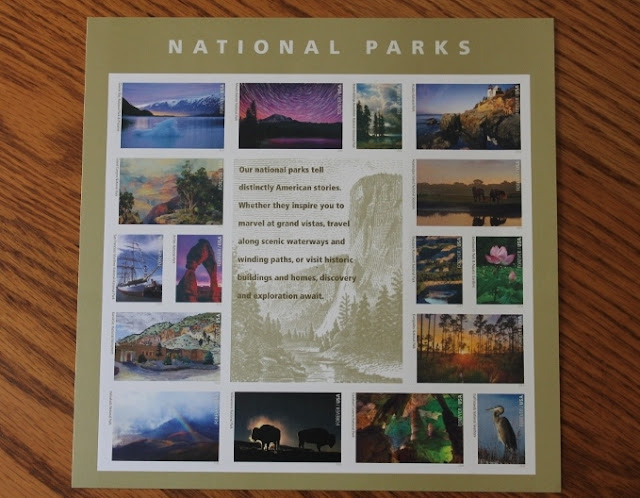