Please note that this post is not sponsored in any way.  I’m not affiliated with, recommending or receiving payment from any of the companies mentioned - I’m simply sharing our experience with you.

In March of 2017, Alan and I traveled clear across the country to buy our new travel trailer – a Creek Side 26RLS made by Outdoors RV Manufacturing in eastern Oregon.  Due to the multi-year construction project at our rental property, we only used the Creek Side for a couple of weeks in the fall of 2017 and several weeks in the fall of 2018.  Now, with that construction project in our rear view mirror and the open road stretching out for miles in front of us, Alan and I intend to get back to the pleasures of traveling and camping.

Sometime last year, we talked about the possibility of adding a Tire Pressure Monitoring System (TPMS) to our ever-growing list of supplemental camping equipment.  We put over 40,000 miles on our first travel trailer and, luckily, only dealt with one flat tire that was quickly spotted and fairly easily changed.  However, we know that a blowout could cause quite a bit of damage to the trailer and, now that our retirement years are here, we hope to be on the road with the Creek Side more than ever.  Considering the fact that this trailer cost more than twice as much as the first one, Alan and I agreed that we should research TPMS products and choose the best fit for us in order to increase our safety on the road (and that of others) and protect our investment.  Since auto manufacturers have included a TPMS in almost all new vehicles since 2007, we were familiar with and grateful for the early warnings we’ve received in all the cars currently in the family.  Let the research begin! 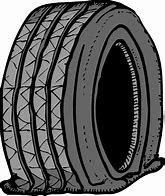 Trailer Life conveniently ran an article on TPMS in their December 2018 issue, which explained the differences between direct and indirect systems in language that even I could understand.  The system in your automobile that indicates tire pressure on your dashboard monitor is an indirect system.  With a direct system, a battery powered sensor mounted on the valve stem of your tires measures tire pressure and, often, temperature.  So, we knew we’d be looking for what’s called a direct TPMS.  The valve stem sensor comes in one of two forms – as a flow through sensor or an anti-theft sensor.  Since these systems are wireless, they often come with a signal repeater or booster to ensure that the monitor in your tow vehicle can pick up the signal from all the sensors way back there on your trailer tires.  (If you’re worried that this post is going to become any more technical, there’s no need.  That’s as bad as the tech talk is going to get.  I promise.)  In addition to explaining how a TPMS works, the Trailer Life article also briefly described thirteen products currently on the market that would do the job.  If you’re interested in reading the Trailer Life article you can link HERE.

That article provided a good foundation for our research project; Alan and I both read it and found it informative and useful.  I figured that once I got through with our tax return prep and the appointment with our accountant in mid-February, the TPMS would be one of the next projects we’d tackle.  Coincidentally, and oh so helpfully, on January 25th someone posted the question, “How many of you use a tire pressure monitoring system?” on the General Discussion forum over at iRV2.com.  Perfect timing!  (I consider this an excellent forum and post over there as 4ina4x4.  If you’re interested in checking out the iRV2 list of forums, link HERE.)

There were pages of responses to that question and I read through every one of them.  As I did, I kept a tally sheet as to which TPMS product each RVer used.  (There are probably more responses now because my (very) informal survey was taken at least a week ago.)  My results?  The EEZ TPMS led the pack with 25 RVers claiming to have one, and TST came in second with 19.  Then there was TireMinder with 12, and TireTracker and Pressure Pro both with 5 each.  Valor and RVi Tire Patrol tied at the bottom with 1 each. 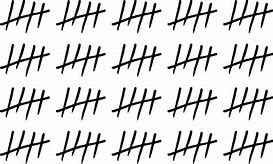 I also jotted some comments down that I thought would help when we started working our way through the possibilities.  Someone commented that the TPMS was an easy way to check their tire pressure (much better than taking a tire gauge to each individual tire) and someone else suggested that you pick a system for which you’re able to change the batteries yourself.  I assumed that meant that with some systems you had to return the sensors to the company for battery replacement.  Another commenter said that his batteries lasted about a year and were easily purchased on Amazon at less than a dollar per battery, and someone else noted that most good systems would monitor both pressure and temperature.  All good info.  Love that forum!

When it came time to narrow down the field, Alan and I looked at the top three vote-getters:  EEZ, TST and TireMinder.  Of the three, TireMinder had the least number of votes and 3 of the 12 RVers who had TireMinder reported some type of issue with their system.  That being said, our March issue of Trailer Life arrived this past week and on the "Letters" page was follow up to the original TPMS article from December.  An RVer who had purchased a TireMinder TPMS commented that he was quite satisfied with it.  He mentioned that the system had alerted him to low pressure warnings twice already and he expressed his pleasure with the customer service he received from the TireMinder team during the set up of his system.  Despite his positive comments, knowing that 3 out of 12 Rvers on the forum (25%) had issues with their systems, we decided to err on the side of caution and we crossed the TireMinder TPMS off our list.  That left EEZ and TST.  Both companies received positive comments on the iRV2 forum in reference to customer service - “good guys” and “great phone support” (EEZ) and “great customer service” (TST).  Additionally, the EEZ TPMS was reported as “super easy to program and use and change batteries.”  TST got dinged because “alert time when losing contact with sensor is too long.”  Hmmm.  It seemed like all roads were leading to EEZ and they were, in fact, reported to be less expensive than TST. 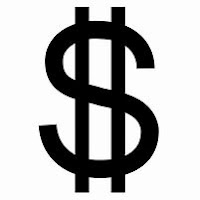 Having narrowed the purchase of a TPMS down to either EEZ or TST, Alan and I visited YouTube and watched several videos about both systems.  (The internet is a wonderful thing, isn’t it?!)  Through one of the videos, we learned that TST offered a color monitor.  That wasn’t important to us, but it may be to some people.  Also, through one of the videos, we learned that the TST system could accommodate more than one trailer.  Boy, did Alan sit up and take notice.  I was, I admit, a little slower on the uptake.

The stable of vehicles for our family of four drivers includes two pickup trucks, one large SUV, one small SUV, one small sedan and a classic 1988 Lincoln Town Car.  (It was my father-in-law’s and Alan has maintained it as well as his Dad did – it’s still in gorgeous shape.)  Then there’s the boat trailer, the jet ski trailer, two utility trailers, the Jayco travel trailer (which we hope to sell this year) and the Creek Side.  (I can assure you that you would not like our auto/boat/RV insurance bills.  We don’t like them either.)  The fact that the TST TPMS could accommodate more than one trailer became an important factor in our decision.  I think we would have been happy with either the EEZ or the TST, but the option for adding additional trailers with TST sealed the deal for us.


Alan preferred the anti-theft cap sensor over the flow through sensor because he was concerned the flow throughs would stick out too far from the wheel, increasing the chances that they would catch on something and be damaged.  I, of course, know enough to let him make all the technical decisions like that because I just don’t speak the Mechanical language.  My three years of high school French, however, still prove useful by allowing me to ask important questions (“Where is the bathroom?”) and utter interesting, although not very helpful, phrases (“Look!  A duck!”). 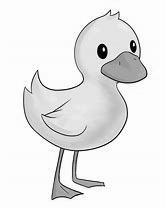 We were prepared to pay a bit more for the TST TPMS and, on the company web site, the list price was $349.00 for a system with 4 anti-theft sensors, a signal repeater, a color monitor, charging cords, a dashboard cradle and a suction mount for the windshield - 70 bucks more than the EEZ system was selling for on Amazon in a similar set up (but with a black and white monitor and minus the dashboard cradle).  However, I am nothing if not a good shopper, and I found the TST 507 Series with 4 anti-theft sensors and a color display on sale online at Camping World for $297.00.  Plus, by entering Alan’s Good Sam member number, I qualified for free shipping.  (I ordered it on Wednesday and it arrived on Saturday.)  And, I saved an additional $17.00 and change by first logging on to my TopCashBack account and going through their portal to Camping World for a 6% discount.  (Saving money is considered an Olympic-level sport in our house!) 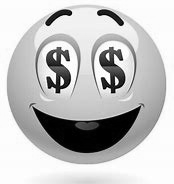 So, there you have it.  Part One of our Tire Pressure Monitoring System adventure.  I’ll let you know how Part Two goes once we try to install and program the sensors in the spring.  Or not.  It depends on how many bad words Alan uses during the process.
Posted by MARY at 5:00 AM